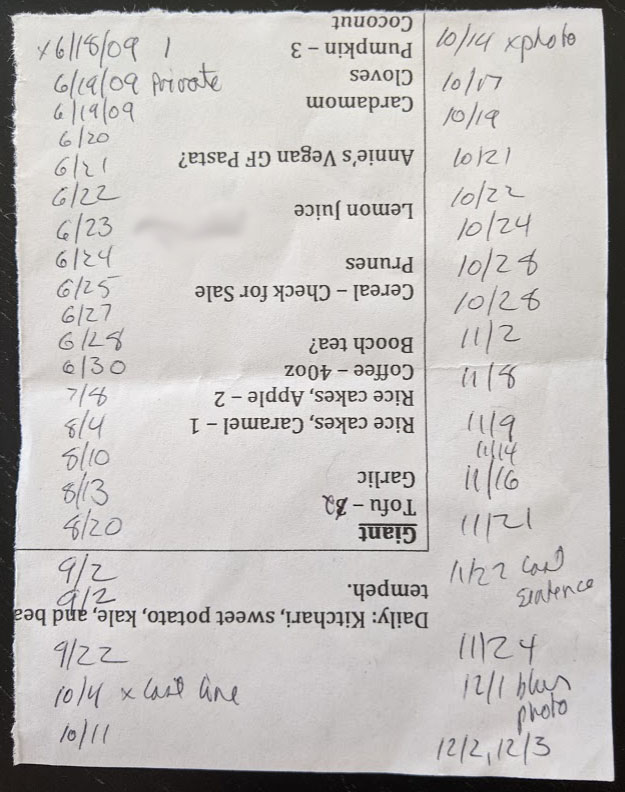 It seemed like a good idea at the time.

Go back through my old blog, note which posts I didn’t want public anymore, stick them in draft mode, and go back to the life of regular blogging that I enjoyed so much in my thirties. I’d made my blog private while re-establishing myself professionally after a divorce, both situations that called for discretion (and I had grad school as a writing outlet, anyway). A project for sure – 752 posts! – but worth it to start again with a nice back catalog of material.

I read back through the few odd posts after I made the blog private. It was fine. Then I decided it would be better to start at the beginning. That was the trickle that started the flood. Amid some really funny stuff (I’m always funnier in the past), there were posts here and there on topics around which my views have changed. Take those down. Then, a few posts that were about other people who might not appreciate being referenced at this late date. Take those down, too. There were some that were just dumb and made me cringe. Others that were embarrassing.

Several in a row that were sexual in a way that made me uncomfortable for me twelve years ago. No, no, and no. There were references to my ex’s family, and his father’s illness and death. There were oblique references to failures and fallout and trauma, some of which I no longer remember, and some I remember so well that I had to skip reading them entirely and get up from the couch to pace around for a while.

Worst of all were the posts where I was really, really happy.

I do not doubt my past happiness, but I wonder about it. People change and relationships change with them. I haven’t cracked the code of exactly how I was so happy despite being in a relationship that became so damaging.

Actually, that’s not true. As I’m writing this, I know exactly how I was.

Reading 2004 to mid-2009 took three cocktails. The rest of 2009 (which was exceptionally prolific) was on raw nerves.

It was too much. My life since 2004 is now in draft mode, which has an appropriately metaphoric quality to it. There may be a few posts I reactivate over time, especially the funny ones. As I was putting everything in draft mode today, I came across a private post I’d forgotten about, with some words of wisdom from the part of my 34 year old self that wasn’t quite so… how I was, reaching out across the years. It’s the only thing I’ve read from then that sounds like me now. It was from January 2010, and was about looking up an ex from a brief marriage in my 20s.

What I realized tonight is that the reason I have put it out of my mind is not because of him, but because of me. Although I wish him well and want him to be happy (if I didn’t, I would have stayed married to him), I do not want to revisit who I was when we split, and who I was with him. I have known this all along. This holds true for a few other people in my life, and it is actually somewhat liberating: a nice reminder that I can’t, and won’t, go back to being who I was.

I haven’t heard from him, either, for five years, and what I really hope for him is that he hasn’t contacted me for the same reason, that his life is better enough now that it would be ridiculous to open the door to the past.

This also makes me ask the question: in another seven, eight, or twenty years, what will I think of me now? Will this be a time I look back on fondly, or a time I would rather forget? It’s not a bad framework for living. Given what I know now, am I conducting my life in a way that a much smarter, older me would give a thumbs up?

I don’t think I would give myself a thumbs up, exactly. I would give myself what I actually needed, which was acceptance, not affirmation. I could also give myself some words of wisdom about metaphorical draft mode, which would be a cohesive way to wrap up this post, but really all I needed then was to be accepted as-is.